Some analysts say bitcoin is now bigger than the Dutch Tulip Mania. New figures show the Dutch East India Company, which flourished during the first economic bubble, was bigger than all 20 of the world’s biggest companies today.

At the peak of the Tulip Mania in 1636–1637, the Dutch East India Company (VOC in Dutch) was worth 78 million Dutch guilders, or astounding $7.9 trillion in modern dollars, according to Visual Capitalist. 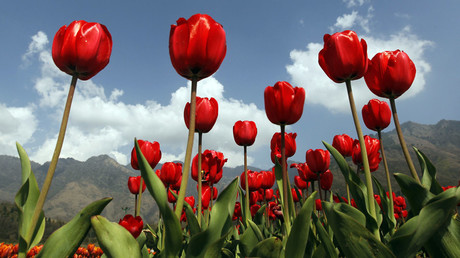 Its value can be compared to the cumulative market capitalization of 20 of the world’s largest companies, such as Apple, Microsoft, Amazon, ExxonMobil, Berkshire Hathaway, Tencent, and Wells Fargo.

The VOC was founded in 1602 and dissolved in the aftermath of the Fourth Anglo-Dutch war in 1799.

The list of the most valuable companies of all time also includes the Mississippi Company, whose value soared to $6.5 trillion in today's dollar in 1720. The same year, the South Seas company was worth $4.3 trillion.

The largest company in the 21st century is Saudi Aramco at $4.1 trillion, based on calculations by University of Texas finance professor Sheridan Titman in 2010, and adjusted for inflation.

The post Dutch company of 'the 17th-century bitcoin' era would be worth $8tn in today's money appeared first on News Wire Now.

How ‘America First’ could turn into to ‘India First’

How 'America First' could turn into to 'India First'