The Saudis on Saturday issued a statement that acknowledged Saleh's remarks.Saleh's message did not sit well with the Houthis, whose spokesman called his remarks "a coup against our alliance and partnership." The reaction is another sign of a developing riftamong rebel groups in the Yemen civil war.Fighting between rebel groups has erupted in Sanaa in recent days, leading to dozens of deaths, officials from both sides told CNN.Street fighting in the war-wracked country comes amid heightened regional tensions, most notably after Houthi rebels early last month launched a missile that was intercepted near the Saudi capital.Saudi Arabia responded to the incident with a blockade of Yemen. That now has been partially lifted — though not enough to stave off a humanitarian catastrophe, according to the United Nations.

Citing the restricted access to his country, Saleh said Saturday in a televised address on Yemen Today TV that he is open to talks with the Saudi-led coalition. "I call on our brothers in neighboring countries … to stop their aggression and lift the blockade," he said, "and we will turn the page."Within hours, Houthi spokesman Mohammed Abdulsalam pushed back."Saleh's speech is a coup against our alliance and partnership … and exposed the deception of those who claim to stand against aggression," he said, according to Al Masirah TV.The Houthis, a Shiite tribal militia from northwest Yemen, have been at war with the central government for the better part of a decade. Saudi Arabia and its allies claim that Iran backs and funds the rebels, something the rebels deny. Referring to Saleh and his political party, the Saudis said they're "aware that the honorable members of General People Congress party and its leadership and Yemeni people were forced to accept certain procedures under the authority of Iranian sectarian militants and underwent difficult times.""The coalition calls all honorable Yemeni people to get rid of the Iranian allied militants and end the era of oppression and threats from the militants allied with Iran." The Saudi Press Agency published the reaction.The United Nations on Saturday urged all factions "to urgently come to the negotiations table and to engage in the peace process.""We reiterate our position that the political solution is the only way out of a prolonged conflict in Yemen," Special Envoy for Yemen Ismail Ould Cheikh Ahmed said in a statement.

The United Nations released a stern warning on Friday to the Saudi-led coalition of the catastrophic consequences associated with not fully lifting the blockade on Yemen, and UN leaders on Saturday issued a joint statement calling for the full lifting of the blockade."That blockade has been partially wound down but not fully wound down. It needs to be fully wound down if we are to avoid an atrocious humanitarian tragedy involving the loss of millions of lives, the like of which the world has not seen for many decades," UN Undersecretary for Humanitarian Affairs Mark Lowcock said Friday addressing reporters in Geneva.Three-fourths of Yemenis need some kind of humanitarian assistance to meet basic needs, international observers have said, with more than 17 million people facing food insecurity, including 8.4 million at risk of starvation.Pointing to international law, Lowcock said, "Wars have rules, and they need to be complied with."

Saudi Arabia has been leading a coalition of Gulf states against Houthi rebels who ousted the pro-Saudi, internationally-recognized government in Yemen in 2015. 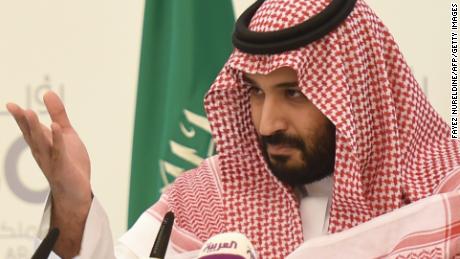 That government's President, Abdu Rabu Mansour Hadi, has been living in Saudi Arabia since the rebels took over the presidential palace early that year. In March 2015, warplanes from Saudi Arabia, the UAE, Kuwait, Bahrain, Qatar and other allies began airstrikes on rebel positions in Yemen. Since then, countless airstrikes have struck rebel and civilian targets, causing thousands of casualties and crippling infrastructure in the Arab world's poorest country.The UN Human Rights Office has documented more than 13,800 civilian casualties, including more than 5,000 people killed since fighting began. The numbers are believed to be a fraction of the overall death toll.Yemen is now facing a near famine and one of the worst outbreaks of cholera in decades. The suspected number of cases has reached 500,000, according to the World Health Organization.

Yemen shaken by air raids as fighting spreads beyond Sanaa

Yemen shaken by air raids as fighting spreads beyond Sanaa