Last October, staff at the Council of the European Union were treated to a “childrens party” away-day at the Durbuy Adventure Park in Belgium.

The events stated purpose was to “bring staff closer to each other with their families” and “create a friendly working environment”.

One EU insider decried the trip as “a jolly covered by the taxpayer for Council staff and their children”.

A spokesman for the General Secretariat of the Council (GSC) said: “As is the case for many public institutions and private companies the GSC has a staff committee that organises some social activities for staff and their families.

“The children's event you refer to is held once a year and is open to children of all GSC staff members.

“The purpose of the event is, through a recreational activity, to help staff and their family to develop more informal relationships with one another outside of the usual working environment.

“The event is financed through the general grant allocated by the GSC administration to the staff committee. 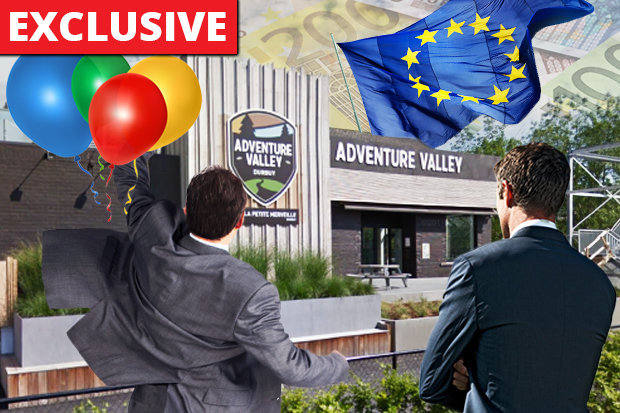 JOLLY: The taxpayer forked out around £20,000 for the day out

The cash was paid to University of London scientists to work on their What-If Machine (WHIM).

Judiciary Democrats Vote Down Motion to Call up Adam Schiff