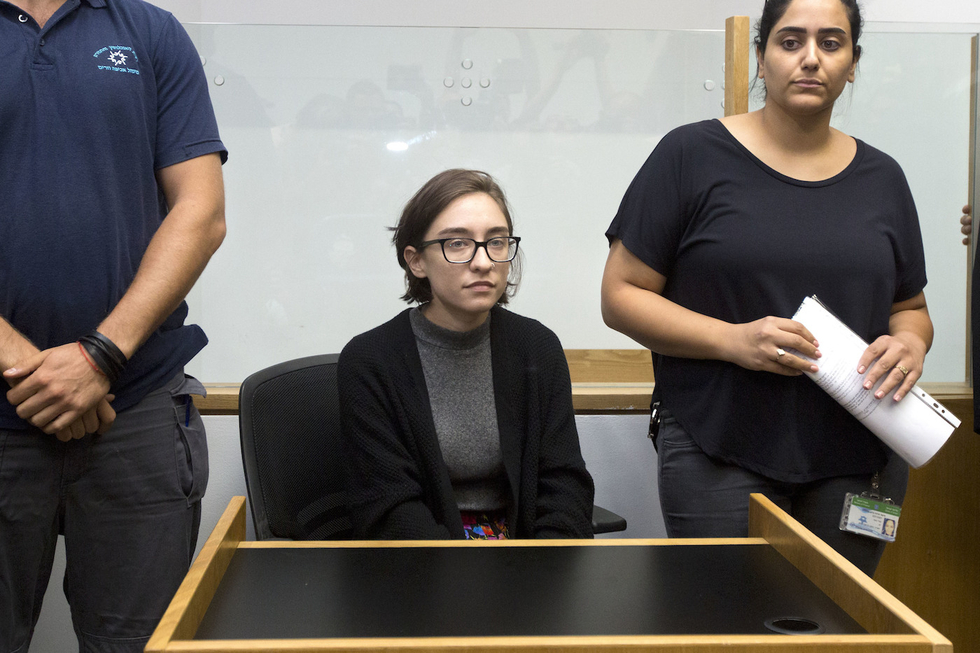 Alqasem, who holds a visa to study in Israel, planned to study at the Hebrew University in Jerusalem (AP)

An Israeli court has rejected the appeal of a US student who has been detained for more than a week after she was denied entry into the country for allegedly supporting the Boycott, Divestment and Sanctions (BDS) movement.

Alqasem, who has Palestinian grandparents, arrived at Ben-Gurion airport on 2 October to study for a master's degree at the Hebrew University in Jerusalem.

Israeli officials didn't allow her to enter the country, however, despite the fact that she holds a student visa to study in Israel. She has been held at a detention facility at the airport near Tel Aviv since that time. She launched an appeal of her pending deportation.

"It's a sad day. She is reading the verdict and considering her next steps," Ben Hillel said.

Alqasem can still request that Israel's Supreme Court hear her case, Haaretz reported, as her deportation has been delayed until 10am on 14 October.

Earlier this week, hundreds of academics signed a letter calling on Israel to allow Alqasem to enter the country. "Denying entry to foreign students based on political beliefs or ethnic heritage is an attack on academic freedom," the letter reads.

"As professors who are committed to academic freedom, and as humans who reject all forms of racial profiling, we are calling on the Israeli authorities to permit Lara Alqasem to enter Israel and pursue her studies."

Lara al-Qasem's case is a public relations disaster for Israel

The Israeli parliament passed a law in March 2017 barring entry to individuals it believes call for boycotting Israel in support of Palestinian rights.

Launched by 170 Palestinian civil society groups in 2005, the BDS movement seeks to pressure Israel to end its occupation of the Palestinian territories, ensure equal rights for Palestinian citizens of the state, and allow the return of Palestinian refugees.

Commenting on Alqasem's case, Israels strategic affairs minister, who has led the country's anti-BDS policy, said Israel "will not allow entry to those who work to harm the country, whatever their excuse".

However, on Tuesday, Erdan said he would be open to changing his mind if Alqasem personally denounces the boycott of Israel.