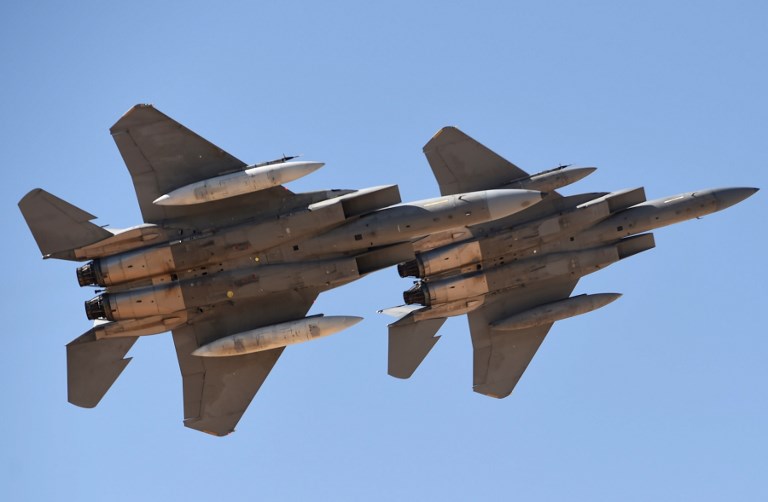 The air strikes on Sunday targeted convoys of rebel reinforcements at the northern entrance to Hodeidah and south of the city, which is held by Houthi rebels, officials said.

The raids came alongside sporadic firefights on the eastern and southern edges of the city, a resident told the AFP news agency.

The renewed violence comes after UN envoy Martin Griffiths visited Hodeidah on Friday to assess the humanitarian situation ahead of peace talks between Yemen's coalition-backed government and the rebels, which are set to take place in Sweden next month.

Rebel spokesman Mohammed Abdessalam said on Twitter that there had been "35 air raids over the last 12 hours on Hodeidah, accompanied by artillery bombardments".

No reports of casualties were immediately available for the air raids and the fighting.

Under heavy international pressure, the Yemeni government and the coalition had until Sunday largely suspended a five-month offensive against the city.

Fighting had intensified in early November as Yemeni forces backed by the coalition attempted to enter Hodeidah, but calm had returned after Griffiths arrived in the country on Wednesday.

The UN envoy is due to hold talks with Yemen's internationally recognised government in the Saudi capital Riyadh on Monday, according to a UN source.

UN agencies say up to 14 million Yemenis are at risk of starvation if fighting closes the city's port, through which nearly all imports and humanitarian aid pass.

According to UN figures, nearly 10,000 people have been killed since the coalition joined the conflict in 2015 to reinforce the government, triggering what the UN calls the world's worst humanitarian crisis.

On Wednesday, Save the Children said up to 85,000 children under five may have died as a result of starvation or disease in Yemen since 2015.

Based on data compiled by the UN on mortality rates for untreated cases of severe acute malnutrition in children under five, the charity said around 84,700 children may have died between April 2015 and October 2018.

They added that this was likely a conservative estimate.

US Secretary of State Pompeo meets with Saudi King Salman