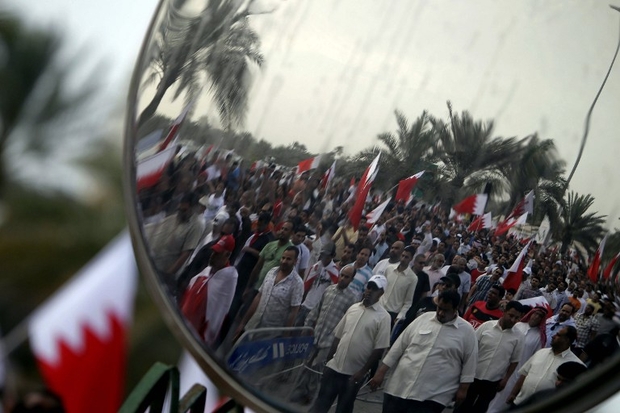 Authorities in Thailand arrested a Bahraini football player and may extradite him back to his home country, the New York Times reported on Thursday.

Hakeem al-Araibi, who has refugee status in Australia and plays for a Melbourne football club, travelled to Thailand with his wife for a honeymoon but was arrested upon arrival, the US newspaper said.

Al-Araibi fears that if he gets sent back to Bahrain, he will “be tortured again”, he told the Times.

The case marks a test for the global football body, FIFA, which has pledged to uphold players' rights, as well as their safety and security, according to its Human Rights Policy handbook.

Today @HRW interviewed 25- year old football player Hakeem al-Araibi through a translator in the Thai detention center where he awaits #Bahrain extradition case against him proceeding tomorrow in #Thailand.

He was scared. He asks @FIFAcom to help. Here is what he said: pic.twitter.com/TkjOdA5NIP

“FIFA is committed to respecting all internationally recognised human rights and shall strive to promote the protection of these rights,” it says.

In a statement to the Times, FIFA said al-Araibi should return safely to Australia.

“FIFA supports the calls for the Thai authorities to allow Mr. al-Araibi to return to Australia where he currently enjoys refugee status at the earliest possible moment,” the FIFA statement said.

FIFA supports the calls for the Thai authorities to allow Mr. al-Araibi to return to Australia where he currently enjoys refugee status at the earliest possible moment

Al-Araibi said Bahraini authorities arrested and tortured him in 2012 for his brothers alleged participation in pro-democracy protests, which broke out in 2011 in the small Gulf state, the Guardian reported.

“They wanted to hurt me so I could not play football again,” al-Araibi told the Times.

He became a political refugee in 2014 after a Bahraini court sentenced him to 10 years in prison in absentia for allegedly burning down a police station.

The footballer claims he was playing in a televised match when the crime reportedly took place.

In 2016, al-Araibi criticised Sheikh Salman bin Ebrahim al-Khalifa, a member of the Bahraini royal family, for arresting athletes that took part in the 2011 protests.

At the time, al-Khalifa narrowly lost his bid to become FIFAs president. He is currently a FIFA vice-president and head of the Asian Football Confederation.

Bahrain has experienced periodic bouts of civil unrest and sporadic violence since 2011, when protests against the country's government were crushed by security forces with the help of forces from neighbouring Saudi Arabia.

In response, the countrys Sunni rulers launched a crackdown on opponents of their rule, many of whom come from Bahrains Shia majority community.

Opposition activists and politicians have routinely been arrested and jailed, political parties have been dissolved and the main Shia group, al-Weqaf, has been banned.

Human rights groups have frequently said cases against activists in Bahrain – men and women, religious and secular – fail to meet the basic standards of fair trials.

Amnesty International and Human Rights Watch categorise many of those jailed as prisoners of conscience.