BREAKING: Theresa May VOWS to get on with job after she SURVIVES crunch confidence vote 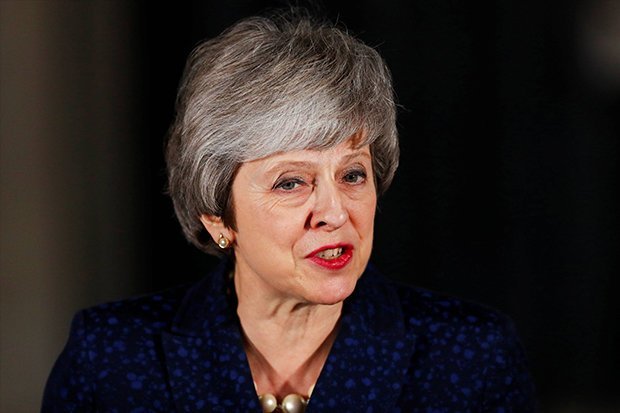 Theresa May accepted that a "significant" number of Tory MPs had voted against her but said she now wanted to "get on with the job".

She said added that she had a "renewed mission – delivering the Brexit people voted for, bringing the country back together and building a country that really works for everyone."

Mrs May added: “That must start here in Westminster with politicians on all sides coming together and acting in the national interest.”

The embattled Prime Minister said she has “listened” the MPs who voted against her about the Northern Ireland backstop.

She added: “When I go to the European Council tomorrow I will ask for legal assurances for the Northern Irish border.”

Theresa May won the vote with a majority of 83.

But 117 Tory MPs voted against her.

Hardline Brexiteer Jacob Rees-Mogg said it was a bad result and Mrs May should resign.

GET ON WITH IT: Theresa May said she listened to those who voted against her (Pic: PA)

Mr Rees-Mogg said the frontbenchers had no choice but to vote in support of their leader.

Scotlands First Minister Nicola Sturgeon described the 200 to 117 vote result as "barely even a Pyrrhic victory" .

Ms Sturgeon had earlier called on Mrs May to resign along with her Cabinet because "it's made such a mess of Brexit".

"In any normal situation, the Prime Minister's position would be untenable.”

“She has clung on for now to lead a Government that was the first in history to be found in contempt of Parliament and she is still dodging a vote on her Brexit deal because she knows she will lose. She is in office, but not in power."