The Health Ministry announced that an additional 181 people were wounded during the protests, according to state news agency SUNA. Of the 181 injured, 27 suffered gunshot wounds, according to the health ministry's undersecretary Dr. Suleiman Abdul-Jabbar.The Central Committee of Sudan Doctors said there are "many reported critical injuries caused by the gunshots of Transitional Military Council's militias" and that the wounded were being treated in hospitals. The Transitional Military Council has been running the country since the overthrow of former leader Omar al-Bashir.Three members of the TMC's paramilitary Rapid Support Forces were also shot, according to state news agency SUNA.The commander of the RSF, Gen. Mohamed Hamdan Dagalo, known as Hemeti, claimed that his men had been fired upon by protesters, according to SUNA."There are snipers shooting at people, they shot three members of RSF and five or six citizens, we are upset, and we want to get things under control," Dagalo said in a statement on state TV, according to Reuters.Heavily armed security forces, led by the RSF, lined the streets ahead of the demonstrations that started at approximately 1:20 p.m. local time (7:20 a.m. ET).Elsewhere, at least one protester died after being shot in the chest during a mass demonstration in the town of Atbara, according to the CCSD. An eyewitness recounted seeing security forces firing tear gas at protesters in Omdurman, a suburb of Khartoum.The Sudanese Professional Associations (SPA), a body that led protests against al-Bashir, have called for the immediate and unconditioned handover of power to civilians. The SPA said the protesters' aim is to express "determination to achieve freedom, peace and justice" in Sudan.

The SPA warned of potential violence against protesters ahead of Sunday's mass demonstrations, calling on the international community to not allow the TMC to "get away with another massacre" of demonstrators. 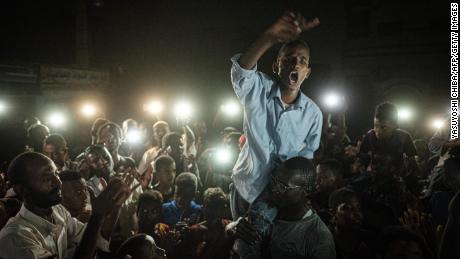 The SPA's statement comes after the TMC said Saturday that the Sudanese opposition would be held "fully responsible for any damage caused" during Sunday's march, according to state-run Sudan News Agency (SUNA). "The same Janjaweed militias and other security forces that resorted to the use of excessive force at the massive peaceful sit-in at the Army Headquarters in Khartoum on 3 June 2019 might use the same violent tactics against our people today," the protest leaders said in a statement. 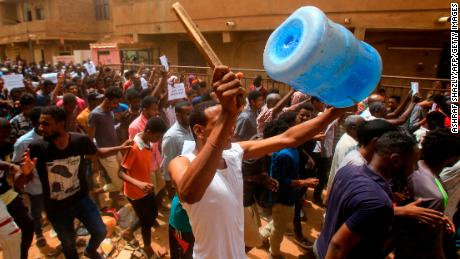 According to the SPA, security forces stormed its headquarters on Read More – Source